I was commissioned by The Washington Post to go to the very north of Scotland, and tell an important story about Brexit and the NHS.  I’m delighted they put it on Monday’s front cover.

Dr Andreas Herfurt is a German GP living and working in Bettyhill in Sutherland on the north coast of Scotland. “In a survey at the end of last year, the British Medical Association discovered that almost half of the European doctors working in Britain were considering leaving following the Brexit vote, and that nearly 1 in 5 were taking concrete steps — selling homes, looking for jobs.” 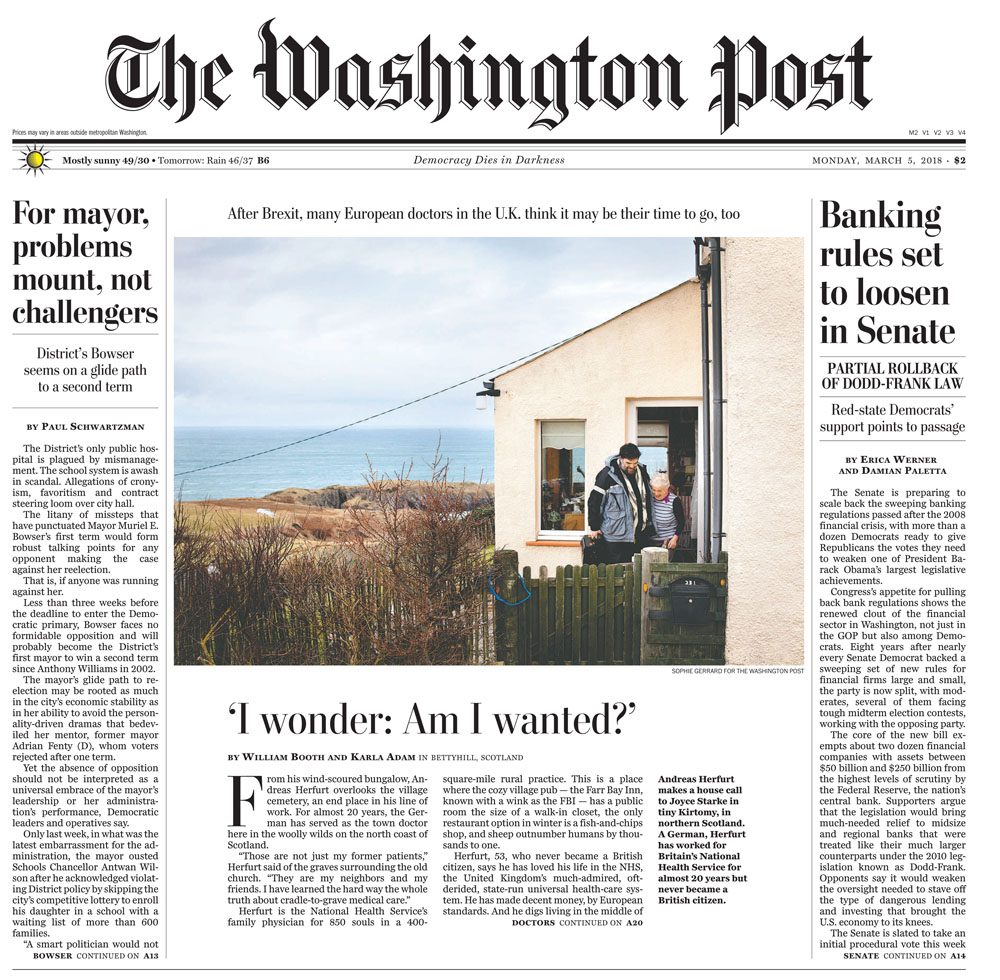 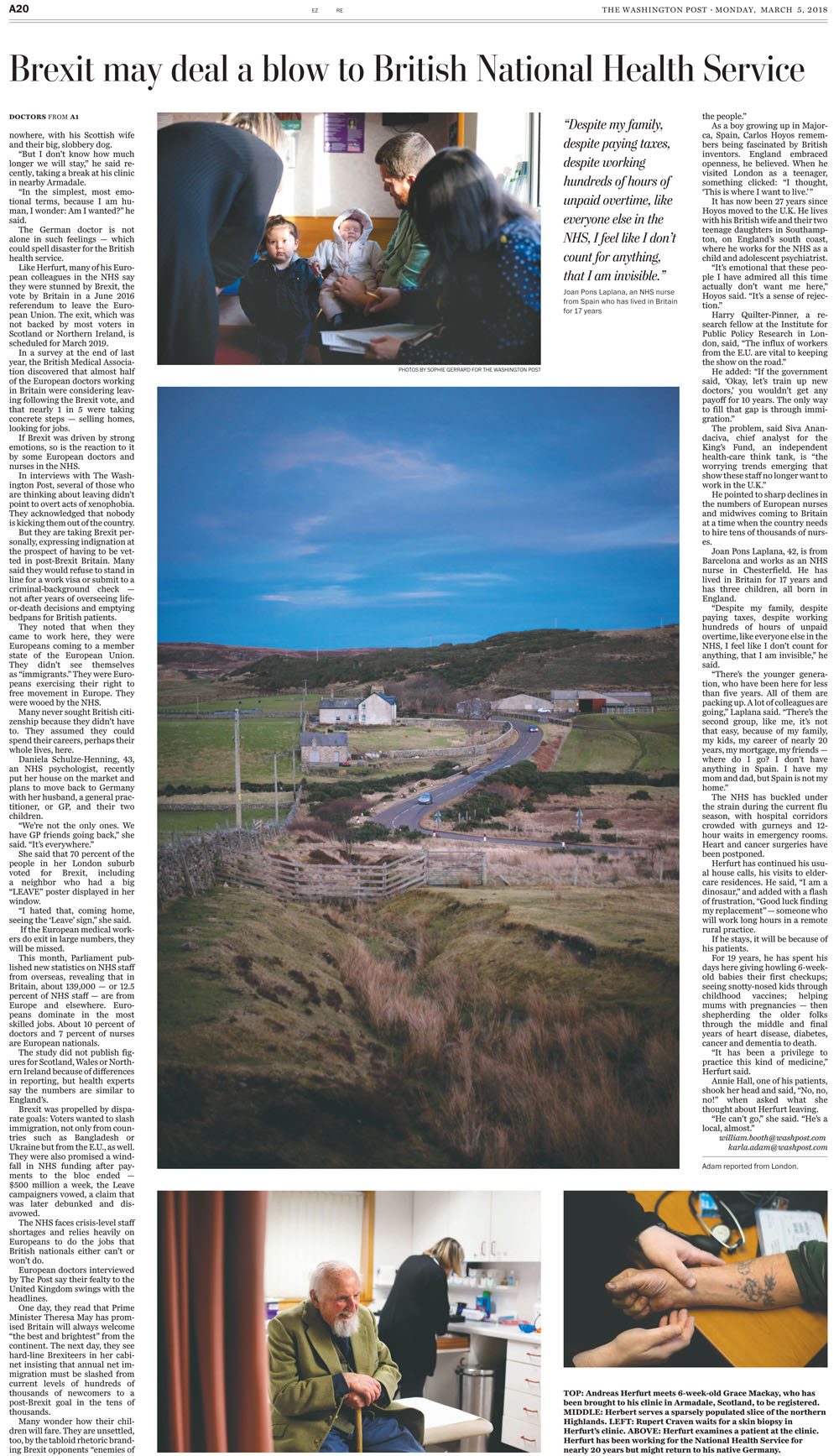